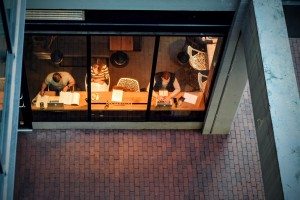 LinkedIn has published a study of the ten most misunderstood jobs, with Actuary coming 4th and Investment Banker coming 9th.
The top ten misunderstood jobs (measured by the percentage of UK parents who weren’t confident about correctly describing them) are:

The results were published to mark LinkedIn’s third annual ‘Bring Your Parents Day’, in which parents or loved ones of professionals shadowed them for a day to give them an inside view of their working life.
In the survey, one in three parents admitted to not knowing what their children did for a living.
LinkedIn said the ranking was based on the percentage of people who were not confident in describing a range of careers correctly, with 68% respondents citing the actuarial profession among them.
Fiona Morrison, the president of the IFoA said: “We often describe ourselves as experts in long term financial risk, using our mathematical skills to calculate the risk and probability of future events. We also take complex information and communicate it to the lay person in a way they’ll understand. This combination of risk calculations and communication of results is at the heart of what actuaries do.”
To explain what actuaries do, the IFoA has recently launched the #whatactuariesdo Twitter campaign.
“We are hoping to get people engaged with the profession though the campaign, and the winners of a contest for best ‘tweet’ as chosen by council will be announced very soon,” Morrison said.