The FCA has selected a sample of insurance policy wordings for the July case on whether insurers should pay out on business interruption policies.

This is the next step in an ongoing saga between insurers and the businesses who say they are refusing to pay out for pandemic-related losses.

What has the FCA done?

The Financial Conduct Authority has chosen 17 examples from business interruption policies used by 16 insurers. These insurers have entered into a framework agreement with the FCA for the test case.

Since the announcement of the court case, the FCA has approached 56 insurers and reviewed more than 500 relevant policies. It then invited holders of business interruption policies who were currently in dispute with insurers to send in their arguments and related policies. The FCA received more than 1,200 submissions from policyholders and brokers.

It has now identified a sample of 17 policies that capture “the majority of the key issues that could be in dispute”.

What does this mean for insurers?

The FCA feel that their samples are the most representative of insurance policies across the board. This means that the result of the test case, and the subsequent guidance that follows, will impact other insurers. The FCA have said;

This means that even if an insurance policy hasn’t explicitly been chosen, the test case may still affect it.

The policy wordings used come from some of the most well-known British insurance companies and include Allianz, Aviva, AXA, Hiscox and Zurich.

The FCA plans to deliver a comprehensive list of other insurers and policies that will be affected by the test case in July.

Why is this going to court?

The Coronavirus pandemic has led to an unprecedented number of business interruption claims from businesses large and small. 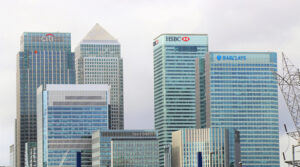 However, many small businesses have found that insurers are refusing to pay out because their policies do not cover pandemics. In some cases, insurers have said that these policies were not designed to cover pandemics despite wording in policies stating the opposite.

The FCA decided to go to court over the matter shortly after a class action lawsuit against insurer Hiscox. Instead of letting policyholders go through the costly and lengthy process of taking their own court action, the FCA decided to go to court in a test case to obtain legal guidance more quickly. The outcome of this test case will hopefully mean that many policyholders will get the clarity they need without having to take their insurer to court.

How has the Coronavirus pandemic impacted the insurance industry?

The pandemic has impacted every industry, but the insurance industry has seen a notable impact.

In fact, it is expected that the pandemic will cost the British insurance industry record losses totalling between $3 and $4.3bn. This will be the biggest pay out since the September 11 attacks in 2001.

The global industry is expected to face around $107bn in underwriting losses. These insurance claims are mainly from event cancellations and postponements. Notable events include the Tokyo Olympics and Wimbledon.

As mentioned, small businesses are finding it particularly difficult to receive pay outs from their insurance companies. Some small businesses have joined forces and taken insurer Hiscox to court over their refusal to pay out on business interruption claims.

However, it is not just in the UK that insurers are facing the same issues. After losing a court case in Paris, AXA has said that it will meet business interruption claims for some restaurant owners.

What does this mean for the insurance industry in the future? 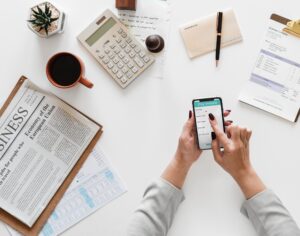 The outcome of the test case will determine whether insurers should be paying out for business interruption claims or not. Regardless of the outcome, it is clear that there needs to be better solutions in the future should another pandemic take place.

The Federation of European Risk Management Associations (FERMA) has called for new framework to address the lack of business interruption insurance.

In a letter to the commission, FERMA warned that there is almost no insurance coverage available for financial losses from business interruption without physical damage. They have suggested a public-private partnership to respond to a range of catastrophic events.

There have also been calls to make cover more widespread in the future. Though the ABI have said that for pandemic coverage to be affordable for small businesses, there would have to be state support.

However, the verdict of the test case will give insurers and policyholders some clarity and will also give the wider insurance industry a guide on how to prevent such issues in the future.