Hiscox sued by hundreds of UK firms over lockdown insurance

The Coronavirus pandemic and subsequent worldwide lockdown has had a huge impact on the global insurance industry.

The UK insurance industry is already expecting to face their biggest ever losses. This week it has been predicted that the crisis could result in losses of up to $80bn across the US and UK markets.

However, it is not just insurance companies that are being affected, it is also the policyholders.

It has already been reported that Hiscox were potentially facing legal action from their policyholders, which was reported at the time to be around 200 small businesses. However, it has now emerged that two groups have joined forces, and around 500 businesses are now suing the insurance firm.

Why are Hiscox being sued?

Since the pandemic many businesses have found that their business interruption insurance might not actually cover pandemics.

A key exception has been the All England Lawn Tennis Club (most well known for hosting the Wimbledon tennis tournament) who took out an insurance policy against pandemics 17 years ago. However, they are an exception and certainly not the rule. 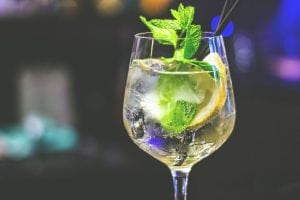 Claimants point to a clause that states they will insure against financial loss caused by “restrictions imposed by a public authority during the period of insurance following: an occurrence of any human infectious or human contagion disease”.

How have Hiscox responded?

The action group are arguing that, despite this not being the intention, the clause states that they are covered. It also reported that around 10% of their small commercial package customers purchase business interruption cover.

Who are suing Hiscox?

So who is actually suing Hiscox?

Last week it was reported that there was a class action group consisting of around 200 SMEs. This was called the Hiscox Action

Group. However, this week it has been announced that the Night Time Industries Association (NTIA) have joined forces with the action group.

The Hiscox Action Group contains a number of businesses from different industries. Whereas the NTIA represents more than 100 pubs, bars and nightclubs. This brings the number to around 500 businesses. The groups have insurance cover totalling over £50m. The alliance will allow for sharing of information, resources and closer collaboration.

A notable claimant is the chef Raymond Blanc. Blanc has had to close all 37 of his pubs and restaurants due to the pandemic. The restaurant group have called on lawyers after being denied a payout by Hiscox.

Other policyholders include exhibition centres, recruitment firms and restaurants and bars.

What have the FCA said?

This is where it gets even more interesting.

The FCA have already stated that most business interruption policies do not cover pandemics. Policyholders that are covered by pandemics should receive their pay outs quickly. However, they have also said that in the cases where insurers thought there were reasonable grounds not to pay out then they should write to the regulator.

However, that was two weeks ago. Now, the FCA are seeking a court ruling on business interruption insurance.

While these lawsuits would usually be led by policyholders, the FCA have decided to step in fearing a longer process that could harm vulnerable businesses.

As part of this, the FCA have written to a number of insurers asking for clarity on their policy wordings. One the key things the courts are likely to rule on is whether specific clauses provide coverage.

The Association of British Insurers have welcomed the action taken. However, they argue that a majority of these policies do not cover pandemics.

There are sure to be more disputes between insurance companies and policy holders. It will also be interesting to see the result of the court ruling, and to see the impact this will have on the insurance industry.

However, for now it’s currently a waiting game to see what happens.