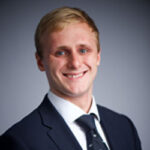 What is it like on a summer internship at Aon? Edward Burns tells us about his time at Aon and offers his advice to those looking to take part in an internship…

Why did you choose to do a summer internship at Aon?

The main reason that I chose to do an internship was that I didn’t want my first experience of professional life to be in a permanent role. Like most students, I wasn’t 100% sure what I wanted to do, although I knew I wanted to try an actuarial role. I also had never lived in London and wasn’t sure if I would like it. I saw the internship as a good opportunity to see if the work and city were right for me.

I also wanted to enhance my career prospects. The idea of applying for jobs was pretty daunting so anything that I could do to give me a better chance of standing out, or even securing a job offer early, was an advantage.

How did it tie in with your overall career plans?

From research that I had done, I had wanted to try an actuarial role as I thought it may be something I would enjoy. After enjoying the internship, I knew that the career was right for me and I was offered a job as a result of the internship. This took a lot of pressure off the last year of university, as I could focus on making the most of my time there rather than having to apply for jobs alongside everything else I was doing.

The application process consisted of the following: 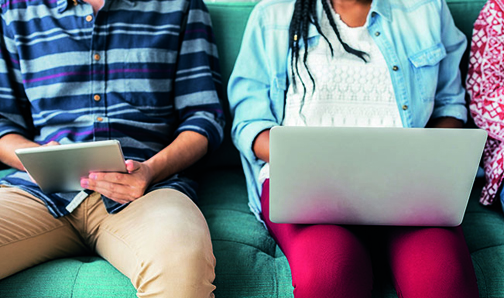 In general, the recruitment process went smoothly. I applied to some places where getting responses took ages or I never heard back, whereas Aon were very organised. There was nothing out of the ordinary in the first two stages (the video interview was mostly competency based and quite similar to ones I had done for other companies). The assessment centre consisted of a group exercise, a written exercise, an interview and a presentation that you prepared beforehand. Aon also sent a few people in graduate roles to talk to us during the lunch break. This was useful as it was an informal way to ask any questions that we had about the job.

I think the key to doing well during interview processes is not to overthink it. Yes, it’s good to have some knowledge about the industry you want to work in, and the company you’re applying to, but no one is expecting you to be an expert (I certainly wasn’t). Although it may not seem like it sometimes, interviewers aren’t looking to catch people out. They are looking for enthusiastic people who would fit in well at the company, so it’s important to be interested and personable, more than knowing everything about the pensions industry.

What attracted you to the role?

I had been looking for a career that would provide challenging, interesting work, as well as having a large aspect of working with people. An actuarial role seemed to suit this. What attracted me to it was that it would allow me to continue to work with numbers, which I enjoyed, while having a client-driven and presentation-driven aspect.

The reason that I chose to apply to Aon was mainly its size. I wanted to work in a large company due to the greater opportunities that it provided, be that through the variety of work coming in or more social opportunities. Aon is also a well-known brand and a market leader, and an opportunity to work in a company with that reputation was something that excited me.

What were your main duties?

I got involved in a variety of work on the internship. We weren’t assigned to specific client teams which allowed us to help wherever we were required. This allowed me to see a wider range of work than I otherwise might have if I were on more rigid client teams. Day to day work included calculations for pension scheme members and drafting reports, but I was also involved in a project where I had to analyse data from a large number of survey responses and present my findings to senior members of the business. This was a great opportunity as it allowed me to meet people from high up in the company, and being able to work with them was something that I didn’t expect to be doing.

We also were split into groups and given projects to do over the course of the internship.

Each group was assigned to a charity and we had to have meetings with senior representatives of the charity and plan how we were going to raise money, which was good practice for preparing projects for clients. It also provided opportunities to get out of the office and do something different to our normal work.

What were the most important things you learnt from the internship?

I would say the most important thing I learnt was how to work and live in a professional environment. The experience of working in a team of people in an office every day was different to anything I had done before the internship, and it’s definitely something I’m glad I did before starting a permanent job.

I was also able to develop skills that aren’t so important earlier in life, like presenting and time management. Even at university, you are often given a framework of when to hand in work and when to expect more. During my internship, people would give me work and leave me to it, and it was up to me to manage my workload and to seek help if needed. Getting used to managing my work independently was a useful skill that I think helped me in my final year of university, after my internship.

Do you have any advice for someone seeking an internship?

Firstly – if you can, do an internship. I think it was a really big help in deciding that this career is right for me, and it gives valuable work experience. Internships are as much to decide if you like a career as if a company wants to offer you the job, and given how difficult it is to know which careers are right I think doing an internship is really helpful.

Check out more actuarial roles on our Careers Advice page. 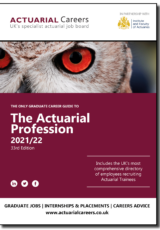