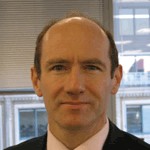 James started his career in 1989 with Clay & Partners, by 2005 he was a Partner with Lane Clark & Peacock. He now works for the FSA as their Chief Actuary for General Insurance.

Want to be an actuary in Insurance? James Orr, a Chief Actuary for General Insurance at FSA tells us all about his role here…

After more than 20 years working in the financial services industry, I am privileged to be in a role that allows me to combine a background in maths and the physical sciences with an interest in business, economics and psychology.

My job as the Chief Actuary for General Insurance at the Financial Services Authority (FSA), is concerned with assessing the risk profiles of General Insurance companies operating in the UK. I lead a team of around 45 risk specialists, who are mostly qualified actuaries, but also include actuarial students, and specialists in modelling (Dynamic Financial Analysis (DFA)) and modelling natural disasters.

At school I enjoyed and was good at maths and physics. My maths teacher had said that I would “make a good actuary”, so I took that as career advice and studied for a BSc in Actuarial Mathematics and Statistics at Heriot-Watt University.

As a child, between reading Biggles, Frederick Forsyth and George Orwell, I had been intrigued by the insurance market and had even taken a book out from the library on Lloyd’s of London. I must admit, though, to not quite being able to make sense of what it described!

In spite of this initial interest, I actually began my career after university, as a pensions consultant, not making the move to General Insurance until after I’d qualified as a Fellow of the Actuarial Profession and had been working for six years.

Working in consultancy was challenging, particularly in having to study for the exams at the same time as learning on-the-job. However, in retrospect this was good training; teaching me how to manage a broad range of projects and maintaining good working relationships with clients.

In the mid-90s, there was little indication of the challenges to come for pension schemes. I was therefore looking for a new challenge and managed to get a job with a trade credit insurer, working in their reinsurance department.

After a couple of years I was lucky enough to be given the opportunity to work on an initiative, jointly funded by the government and a consortium of insurance firms, to promote scientific research within the insurance industry.

This allowed me to reconnect with my interest in the physical sciences, to learn basic project management skills and to improve my influencing skills.

An unusual aspect of this job was being based at the British Antarctic Survey’s HQ in Cambridge, not something I’d expected would follow from a career as an actuary!

Feeling like I was at the centre of the industry

With the turn of the century, I decided to move back to more mainstream actuarial work, heading up Lloyd’s Capital Modelling Team which set the capital requirements for Names. This role helped me make sense of the book I’d read so many years before…

After a few years, I was asked to set up Lloyd’s Loss Modelling Team, with particular responsibility for the overhaul of their Realistic Disaster Scenarios (RDSs).
RDSs are used to measure risk exposures within syndicates and across the market as a whole; my work in the physical sciences helped greatly.

During my time at Lloyd’s, I witnessed the impact on the market of losses arising from the attacks of September 11th, where the estimation of loss exposures through the RDSs played a key role in assessing the market’s viability after this tragic series of events.

Furthermore, I was in charge of the Loss Modelling Team during the 2004 US Hurricane Season, when the value of improving the RDS was demonstrated. This work helped pave the way for the market’s response to the 2005 UK Hurricane Season, which included ‘Katrina’, ‘Rita’ and ‘Wilma’. However, by that time I had moved back to consultancy.

After a few years in consultancy, I was able to apply for and secured the role of Chief Actuary for General Insurance at the FSA. This was an attractive role, giving me the opportunity to lead a highly technical team of specialists.

This position was about looking into the functioning and risk profile of so many general insurance firms within the UK, including some of the most specialised and sophisticated insurers in the world.

Economics, psychology and the environment

Working for the FSA has required me to take a much broader perspective, to understand economic concepts and to make sense of national and global trends, as they affect growth and risk in the many sectors and economies that connect to the insurance industry. I have also learned that, in order to best manage risks, we need to understand how people see things, how they make decisions and can be influenced in their decisions.
I have also come to realise that, in managing others, communication and influencing skills are essential to being an effective manager.

I have little doubt that I will need to and hopefully will continue to learn more about the ‘human factor’ in the years to come, particularly as the environmental consequences of industrial activity and population growth become clear.

I feel very fortunate to be working in the general insurance sector, as it is incredibly diverse in what it has to deal with, and interacts with so much of the ‘real world’, insuring complex and high value businesses, but also playing a critical role in protecting individuals against adverse events.

What the future has to hold for actuaries

I believe that the actuaries of the future will also have to make sense of large-scale trends in global politics, economics and the environment.

They will need to be able to advise on investment and business development decisions, to manage risks and (possibly) to influence policy at the highest level.

Their quantitative skills can play a crucial role in managing the risks and uncertainties that the future will hold, and there will be no lack of problems to solve!

Check out more actuarial roles on our Careers Advice page.